The Mentalist: The Complete Series

For seven thrilling, intriguing seasons, Special Consultant Patrick Jane (Emmy ® and Golden Globe® nominee Simon Baker) has tapped his razor-sharp skills of observation and psychological manipulation to solve serious crimes in a manner that leaves his counterparts baffled. While assisting the California Bureau of Investigation and the FBI, Jane uses his wit, charm and mentalist mind games to sidestep the system, cope with his tragic past and bring the serial killer Red John to justice. From starting a new career to starting a new life, the full arc of Jane’s charming and complex character is here in The Mentalist: The Complete Series. 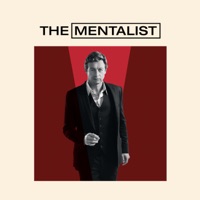